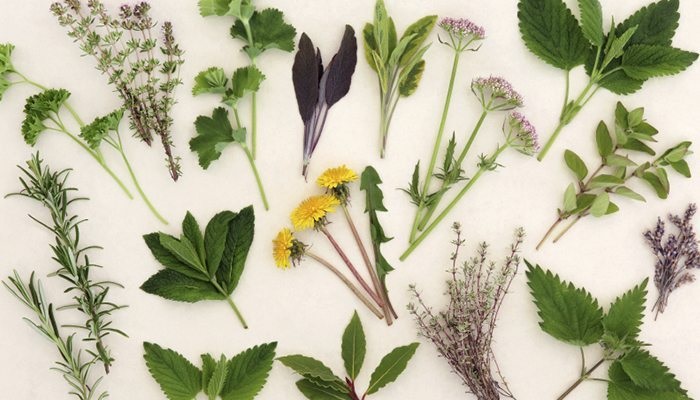 Herbs and natural homeopathic remedies have become more popular over the years, as consumers turn to natural ingredients and supplements to become healthy or remedy an ailment.  We are becoming much more conscious about what we put into our bodies, and are turning to nature where some herbs have actually been proven for their long term positive effects.   Here is a list of natural herbs you can use

It’s hard to know which herbal remedies are actually helpful and which are the 21st century equivalent of snake oil. More clinical study is needed since much is unknown about the long-term effects of such remedies. There are several, however, about which the results are in. Following are eight such herbal preparations that have been studied extensively in the U.S. and Europe.

Studies suggest Echinacea boosts the immune system by increasing the activity of certain types of white blood cells. Because of this, people with autoimmune diseases should avoid Echinacea altogether. Use pure Echinacea extract to fight off colds, flu and urinary tract infections, avoiding any product that mixes Echinacea with goldenseal. Echinacea appears to lose effectiveness with long-term use and should not be used in place of medical interventions in rapidly accelerating infections.

Research indicates that 900 mg of Kwai dried garlic pills or one raw clove of garlic daily lowers total cholesterol more than 11 percent and LDL more than 14 percent among people with levels over 200. Unfortunately, as with most herbal preparations, the concentrations of garlic vary from one brand to the next. The most active medicinal components of garlic are the sulfur-containing compounds, and the compound allicin is the major source of its antimicrobial action.

You’re probably aware of the well-controlled studies that show ginkgo improves blood flow to the brain and extremities and can alleviate vertigo and tinnitus (ringing in the ears). You may need to take the herb for up to six weeks before seeing any improvement. If you have normal brain function. Experts say the most effective ginkgo preparations are made from a strictly controlled German process. This can be found in Gingkoba, BioGinkgo, and Ginkgold.

Touted as a natural tranquilizer, Kava comes from the Pacific and is used in Europe to treat everything from menstrual cramps to insomnia and muscle tension. But the evidence for effectiveness is strongest for mild anxiety disorders that interfere with social interaction and sleep. No serious side effects have been reported from years of use in Germany, although kava can be habit-forming. It should never be used in combination with antianxiety medications or alcohol. It’s best to seek medical advice to rule out medical causes of the above complaints before trying Kava. Medical evidence suggests that you shouldn’t take kava regularly for more than three months until more study is conducted.

Licorice root contains more than 400 phytochemicals. One of these, glycyrrhizin, which gives licorice its intense sweetness, has been studied at the University of Texas Medical Branch in Galveston. One of their studies, in which purified glycyrrhizin was administered to lab animals, suggested that it protected the animals from lethal doses of a flu virus.

Additional studies have suggested that the phytoestrogens in licorice lower the risk of breast cancer in mice, and another substance in licorice, glabridin, may reduce the risk of clogged arteries by blocking the oxidation of cholesterol.

In the over-50 male population, most have a somewhat enlarged prostate, and most prescription prostate drugs have serious side effects. Many large clinical trials have suggested that Saw Palmetto berry is effective in treating benign prostatic hypertrophy (enlarged prostate). While saw palmetto doesn’t actually shrink the prostate, it does relieve the symptoms of enlargement, such as frequent urination.

Since a 1996 study that concluded that St. John’s wort is effective in alleviating certain kinds of depression, it has become one of the most popular supplements in America. St. John's wort may interact with certain drugs metabolized by the same liver enzyme system as the herb, such as indinavir (an HIV drug), cyclosporine (organ transplant rejection preventer), digoxin (a heart medication) and theophylline (asthma). There is no evidence, however, that St. John's wort interferes with the effectiveness of birth control pills. The herb is an option for low-level depression, but people with more severe depression should consult their doctor. St. John’s wort can increase susceptibility to sunburn and cataracts.

Valerian is commonly used as a sedative in Europe. Much research has shown that valerian induces and enhances sleep. Several studies suggest that valerian may reduce the time it takes to fall asleep, especially insomniacs and people with sleep difficulties. While infrequent users have reported hangover-like side effects, these symptoms lessen with repeated use. One study suggests valerian helps insomniacs who have been prescribed benzodiazepine, a sleep aid, to experience fewer withdrawal symptoms.

I live and work in MISSISSAUGA/STREETSVILLE and have a vested interest in property values here. Are you considering buying or selling or know anyone who is? Give me a call for a complimentary evaluation of your home in this changing market. (416) 717-6331.

When you choose me to handle your real estate needs, you are choosing a real estate professional who cares about you and your family, and who will listen to your needs, work together with you, and protecting your interests to achieve your objectives.

Experience, Service and Integrity to Each and Every Client

Visit my alternative websites for more information for Buyers and Sellers: